Modern automotive suspensions are more complex than most people realize, and many people use terms that describe different components interchangeably. For example, it's common for people to refer to "struts" and "shocks" as the same thing. In reality, these two terms describe parts that are quite different in both appearance and function.

Configurations vary between makes and models, but many manufacturers use struts up front and shocks in the back. Both shocks and struts act as dampers to deal with everyday bumps and jolts. Without these components, your car would continue bouncing on springs each time you hit a pothole. However, struts also help to add structural stability and support your car's alignment.

How Do You Know If Your Struts or Shocks Are Bad?

Worn-out suspension components can cause several symptoms, but the apparent location of the problem will help provide some clues. In general, any issues or sounds you hear at the rear of your car are likely a result of worn-out shocks. On the other hand, issues at the front are more likely to trace back to your struts. Note that some vehicles may also have struts on the rear wheels.

The good news is that worn-out shocks tend to be a less severe problem than worn-out struts. As your shocks wear, you may hear a thud or clunk from the car's rear if you hit a hard pothole. You're also likely to notice your rear end bouncing more on bumpy roads, although this effect may be less apparent if you drive a vehicle with particularly stiff springs.

You can also pay attention to some other, potentially more subtle signs. For example, you may notice the car's rear dipping down if you accelerate hard. Since weight transfers to the rear under acceleration, the lack of damping will keep it from returning to level. You may also notice unusual wear on your car's rear tires since the contact patch will bounce instead of remaining in contact with the road.

What Happens When Your Shocks Wear Out?

Worn struts can cause numerous severe problems, including affecting your car's braking ability and causing your alignment to drift. Shocks tend to cause less dramatic issues, although driving with rear shocks can still be unpleasant. Given enough time, worn-out shocks will also reduce the life of your tires and, if you ignore the problem for long enough, may cause your rear springs to wear out and fail.

Since ruined springs are more expensive (and dangerous), it's often a good idea to replace your shocks once you notice the early symptoms. While some bouncing and a little clunk in your trunk might not seem like a huge issue, addressing your failing shocks now can extend the life of your tires and save you from a more expensive spring replacement in the future.

If you need suspension work, contact a local mechanic. 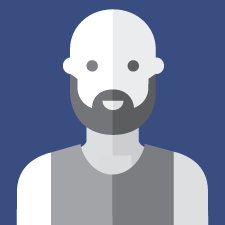 There aren't very many things more intimidating than dealing with a damaged car. Car problems can be frustrating because they can leave you stranded, cost a lot of money, and slow you down. Fortunately, being able to find an auto service company that offers superior service can help you to get back on the road--and regain your freedom--a little faster. I have dealt with lots of different car problems throughout the course of my life, and this blog is all about making things right. Check out these articles to find out how to minimize the expenses tied to your car.